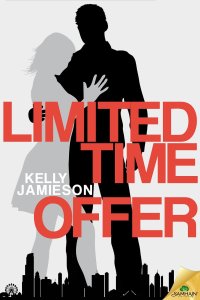 Genre: Romance (with a lot of sex)

Account Director Sloane Granderson has been given her orders by the CEO—tone down the antics of the “Brew Crew”, the guys at Huxworth Packard Advertising who work on their biggest account. Sure, they’re all puffed up, strutting egos, but they’re also the best and brightest creatives in Chicago. Including the newest recruit, disturbingly attractive Levi Wolcott.

Award-winning copywriter Levi is pumped to have been headhunted to Huxworth Packard to work on the beer account. But he’s not off to a good start when he and Sloane first meet in an embarrassing encounter in a hotel hall, and the Brew Crew’s merciless new-guy hazing doesn’t improve his shaky first impression. Even worse, Levi can’t ignore the intense attraction he has to Sloane.

Despite their mutual “hell no” when it comes to love, a moment of weakness makes Sloan and Levi believe business and pleasure can be kept separate, and maybe a little harmless sex isn’t that dangerous.

Given the cover and the blurb, I expected a romance. What I got was a romance verging on (if not entirely) erotica which, I must admit, is not a genre I normally read due to, amongst other things, (clearly erroneous) preconceptions of poorly written fiction. But consider my stereotypes obliterated – this was a well-written and deep (no pun intended) romantic read.

Levi and Sloane, two commitmentphobes working in the advertising industry, have an altercation in a hotel only to find themselves working together the next day. As the tension between the new employee and the office ‘ballbreaker’ ratchets up and becomes sexual in nature, what they think is a one-night stand may not be quite so simple. For either of them.

The characters were multi-dimensional, the plot was tight and the writing fresh. There was a lot of sex, yes, but I can live with that.

*I won a copy of this book in a Goodreads Giveaway. This is my honest review.