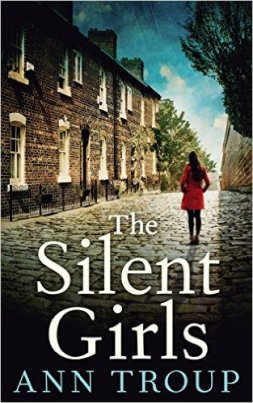 What if everything you knew was a lie…

This house has a past that won’t stay hidden, and it is time for the dead to speak.

Returning to Number 17, Coronation Square, Edie is shocked to find the place she remembers from childhood reeks of mould and decay. After her aunt Dolly’s death Edie must clear out the home on a street known for five vicious murders many years ago, but under the dirt and grime of years of neglect lurk dangerous truths.

For in this dark house there is misery, sin and dark secrets that can no longer stay hidden. The truth must come out.

Finding herself dragged back into the horrific murders of the past, Edie must find out what really happened all those years ago. But as Edie uncovers the history of the family she had all but forgotten, she begins to wonder if sometimes it isn’t best to leave them buried.

Mysterious, dark and yet hopeful, this is beautifully written fiction.

Edie finds herself tasked with clearing out her aunt’s house following the latter’s death. Dark secrets lie hidden in the house, and the street’s memory of its horrific history begins to surface. As Edie becomes more involved with the street’s colourful residents, she begins to realise that there are many secrets that are perhaps better left alone…

The novel draws you in from the first page with its wonderfully written prose, dialogue, vivid setting descriptions, and great characterisation. And the plot, with its controlled unravelling, will keep you turning those pages long into the night. Highly recommended!

*I received a free copy from the publisher, via TBC THE Book Club on Facebook, in exchange for my honest review