I very pleased to be on The Puppet Master blog tour today.

Manipulated by fear and love…could you cut the strings and take back control?

Billie’s hiding from the world, believing it to be the only way to take control of her life as she lives in fear of the man who nearly destroyed her. But what she doesn’t realise is that she’s exactly where he wants her; isolated and afraid. A chance meeting with budding journalist Adam sparks a relationship that could free her from the terror that controls her. But will Adam be able to see the real Billie buried under her terror and pain?

Adam knows exactly who Billie is and is determined to expose her and get justice for the lives she ruined. But first, he needs to convince her to open up to him but as unwanted attraction and feelings blossom between them, Adam is forced to realise that all is not as it seems.

Most of their lives have been unknowingly governed by the desires and needs of someone who considers himself their master. He has influenced and shaped them for years, meticulously weaving a web of lies and control around them. Can Billie and Adam survive the betrayals in store and cut the strings that bind them?

One thing is for sure. The master wants his puppets back – and he’ll do anything to keep them.

Dark, creepy, and disturbing, this is a psychological thriller for the gritty drama fiction lovers.

When Billie meets Adam, she is drawn to him despite her fear of trust. Adam is out for Billie’s story, and will do anything to expose her for the monster she is. But neither of them are aware of how much their lives are being controlled by one person with an agenda of their own…

Once the story got going, there was drama aplenty in this dark psychological drama which is not for the faint of heart. There are themes of abuse, family, and trust underpinning the narrative. And, when you least expect it, an event will rear its ugly head from the page and punch you in the face. Gritty and calculated.

*I received a free copy via Faye Rogers PR in exchange for an honest review. 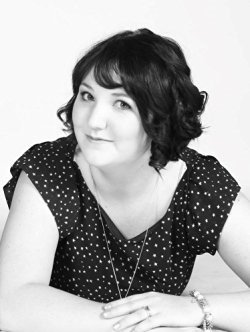 Abbie was born in the Lake District and has moved all around the UK since then until she met her husband at University. She lives with him and their two crazy cats in the West Midlands. She is a Needs Assessor for students with disabilities and has her own book reviewing blog called Many Books, Many Lives. Even though she did English Literature at University it wasn’t until she started reviewing books that she realised how much she loved to write. The Puppet Master is her first novel but it certainly won’t be her last.

And the blog tour continues…: