I am delighted to be part of the blog tour for Graham Smith’s I Know Your Secret, having previously loved his collection of short crime stories, The Major Crimes Team Vol 1. Read on for my review… 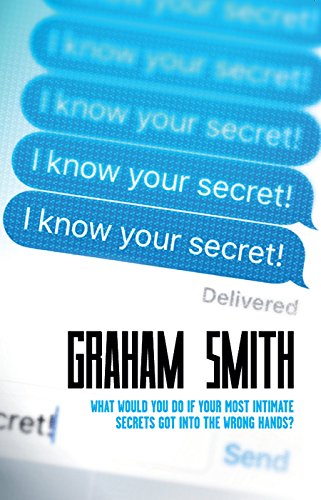 “What would you do if your most intimate secrets got into the wrong hands?”

Set in modern day Cumbria, I Know Your Secret is a police thriller in which a priest is found crucified to the stone floor of his church. Fearing more attacks on the clergy, DI John Campbell and his team of misfits race to find the killer before he strikes again.

Meanwhile, DI Harry Evans spends his days attending the trial of his wife’s rapist and his nights interfering in the investigation.

Can they catch the killer before he strikes again?

When a priest is found murdered, DI Campbell and his team try to solve the case. Meanwhile, someone is blackmailing individuals with knowledge of their deepest secrets. And then there’s DI Evans, who is following the trial of his wife’s rapist while simultaneously doing his best to mess up the investigation(s)…

My first Graham Smith novel (I know, I know), this started brilliantly (with a Guns N’ Roses quote, and the discovery of a dead body), and then just kept up from there. The pace was fast, the plot complex but not baffling, and the characterisation deep and raw. Highly recommended.

*I received a free ARC from the publisher in exchange for my honest review.

Graham Smith is married with a young son. A time served joiner he has built bridges, houses, dug drains and slated roofs to make ends meet. Since Christmas 2000 he has been manager of a busy hotel and wedding venue near Gretna Green, Scotland.

An avid fan of crime fiction since being given one of Enid Blyton’s Famous Five books at the age of eight, he has also been a regular reviewer and interviewer for the well-respected website Crimesquad.com since 2009

He is the author of four books featuring DI harry Evans and the Cumbrian Major Crimes Team.

And don’t forget to follow the rest of the tour: 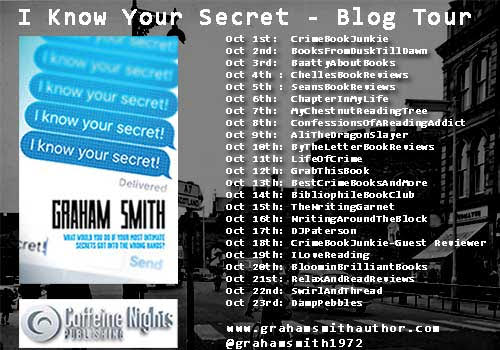 1 thought on “#BlogTour – I Know Your Secret by Graham Smith”