I’m excited to be taking part in the blog tour for the fourth installment of the Kay Hunter series, Hell to Pay by Rachel Amphlett. 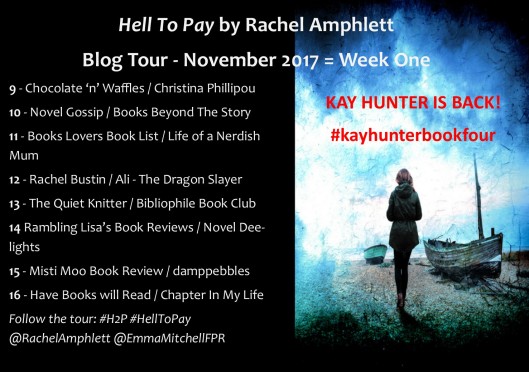 With her enemies unmasked and her career spiralling out of control, Kay’s determination to seek vengeance for the victims brings her dangerously close to those who want to silence her.

Undeterred, she uncovers the real reason behind a plot to destroy her career and sets in motion a terrifying chain of events.

Could Kay’s need for revenge be her undoing, or will she survive to see justice served?

Hell to Pay is a gripping fast paced crime thriller, and the fourth in the Detective Kay Hunter series:

Gripping, pacy, twisty, and suspenseful, this is how all good crime novels should read.

Detective Sergeant Kay Hunter gets drawn into an investigation following a middle-of-the-night traffic accident. With a clever perpetrator, and a caseful of leads, that would be enough for any investigator. But Kay’s also got her own demons and enemies, and both are closing in…

From the first page, this is action-packed and deftly plotted. With tension wrapped around every paragraph, and a suffocating (yet relatable) protagonist at its core, this is one to keep your heart racing at an uncontrollable rate. Make sure you have enough time when you pick it up, because it may be a while before you put it back down… Recommended. 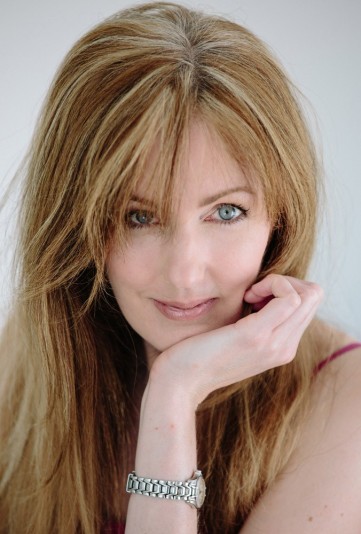 Rachel Amphlett is the bestselling author of the Dan Taylor espionage novels and the new Detective Kay Hunter series, as well as a number of standalone crime thrillers.

Originally from the UK and currently based in Brisbane, Australia, Rachel’s novels appeal to a worldwide audience, and have been compared to Robert Ludlum, Lee Child and Michael Crichton.

She is a member of International Thriller Writers and the Crime Writers Association, with the Italian foreign rights for her debut novel, White Gold, being sold to Fanucci Editore’s TIMECrime imprint in 2014, and the first four books in the Dan Taylor espionage series contracted to Germany’s Luzifer Verlag in 2017.