I am pleased to be on the tour for A Rock’n’Roll Lovestyle by Kiltie Jackson, with a review and a giveaway for a £40 Amazon voucher:

So who exactly is Sukie McClaren?

A Christmas-loving Cat lover? A Sound of Music Fanatic? A Fiercely Independent Woman?

She is all of the above. And when she is sent to Salzburg for a business trip a few weeks before Christmas, she thinks all her dreams have come true. As she packs her suitcase, the only things on her mind are Christmas markets, lots of snow and finally seeing the Doh-Ray-Me steps. Becoming the new best friend of the world’s hottest rock-star doesn’t even get a look in.

Pete Wallace is a reclusive, reluctant, rock-star and the world’s Number One, best-selling, male solo artist. It’s been three years since his last tour and he’s now preparing to go back on the road again. A week in Salzburg, schmoozing with the music press, is one of his worst nightmares.

He can’t wait for it to be over.

When Pete and Sukie meet, it is the beginning of a beautiful friendship. Lonely for too long, he begins to remember how it feels to be happy and, for the first time in six years, Christmas feels special again.

Eduardo di Santo however, whose kid sister suffered life-changing injuries at a Pete Wallace concert, is all set on getting revenge. When Pete’s new tour is announced, he begins to make his plans. Plans that will culminate in Pete’s demise.

Will Pete and Sukie’s new friendship die before it has a chance to flourish?

A Christmas tale full of love, laughter, friendship and revenge. 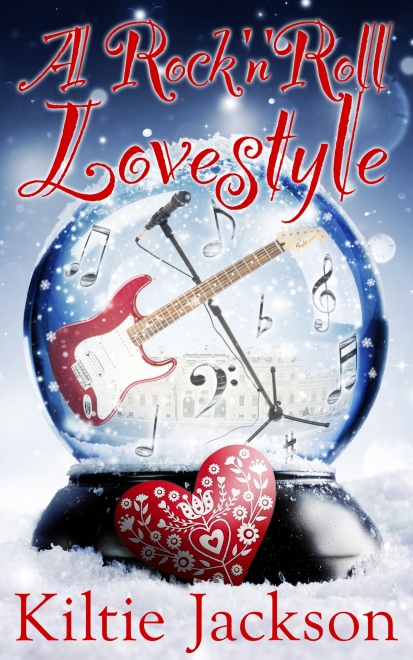 Some comedy, some drama, and a lot of love in this heart-warming story of a feisty heroine and a reluctant hero finding love.

When Sukie heads to Salzberg, setting of her beloved The Sound of Music, she is not expecting a friendship (and love) with the world’s number one male solo artist, the reclusive Pete. But then again, with Eduardo, the angry brother of the injured Sophia plotting revenge, this may not end the way it’s supposed to…

With the plot cute but not saccharine, the writing fluid, and the characterisation well-rounded, this was a lovely read. The music is tightly woven into both plot and writing, and the book itself is a feel-good pleasure. One to read curled next to an open fire. Enjoy!

*Thank you to the author for my free review copy via Rachel’s Random Resources. 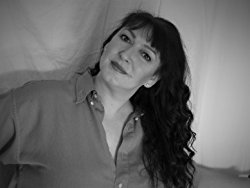 Kiltie grew up in Scotland, Glasgow to be precise. A very unique city with a very unique way of looking at life. When she was old enough to do so, she moved to London and then, after several years of obtaining interesting experiences -which are finding their way into her writing – she moved up to the Midlands.

She currently lives in Staffordshire with five cats and one husband. The cats kindly allow her and her husband to share their house on the condition they keeps paying the mortgage!

Her little home is known as Moggy Towers, even though despite having plenty of moggies, there are no towers!

She loves reading, watching movies, and visiting old castles. She really dislikes going to the gym!

Her biggest desire is that one day she can give up the day job and write her stories for a living.

Kiltie first began writing ‘A Rock ‘n’ Roll Lovestyle’ over ten years ago. The project was shelved on Chapter Seventeen as she felt the story wasn’t flowing as she would like it to.

In her own words “The images in my head would not come out of my fingers!” Fast forward to November 2016 when, having finished reading Lizzie’s Christmas Escape by Christie Barlow, she read more about the author and was inspired with how Christie herself came to be a best-selling author.

In that thunderbolt moment, Kiltie knew – with a deep certainty- that she needed to reacquaint herself with ‘A Rock ‘n’ Roll Lovestyle’ and begin writing again. She did this in January 2017 and found the words flowed faster than she could type them. Finally, the time was right for her to write her novel.

Her determination to finish what she had started all those years ago was absolute and the first draft was completed on Sunday 16th April 2017.

Since beginning to write again, the ideas have not stopped flowing. She has begun typing up her second book, ‘Of All the Unlikely Places’, and book three (not yet titled) has been worked out and is waiting in the wings for its turn in the spotlight.

She currently has a further ten plots and ideas stored in her file (it’s costing a fortune in USB drives as each story has its own memory stick!) and the ideas still keep on coming.

She now lives her life around the following three quotes:
“I love having weird dreams, they’re great fodder for book plots!”
“Why wait for your ship to come in when you can swim out to meet it?”
“Old enough to know better, young enough not to care!”

Giveaway of a £40 Amazon voucher: